Whenever it comes to digital entertainment content streaming app, Netflix is one of the top names. The company said to have over 148 million paid subscriptions worldwide. But there were quite a lot of users out there who seem to have a problem with the pricing. Especially in a country like India, people simply choose to avoid using Netflix and go for other options like Amazon Prime Video or Hotstar. These plans cost you Rs.999 per year respectively in India. On the other hand, to get a Netflix subscription, you have to pay anywhere from Rs. 500 to Rs.800.

However, to get more users to its platform, Netflix has come up with its Mobile only plan. The plan is said to attract those users who mainly streams content over their mobile phone. Plus, the pricing of the plan is pretty affordable. The new plan costs you Rs. 199 per year. But there are some drawbacks of the plan. With the mobile only plan, you will not be able to stream contents in HD or in Ultra HD. Plus, you can watch your content only on screen at a time. Apart from that, all the features are as same as the other ones. 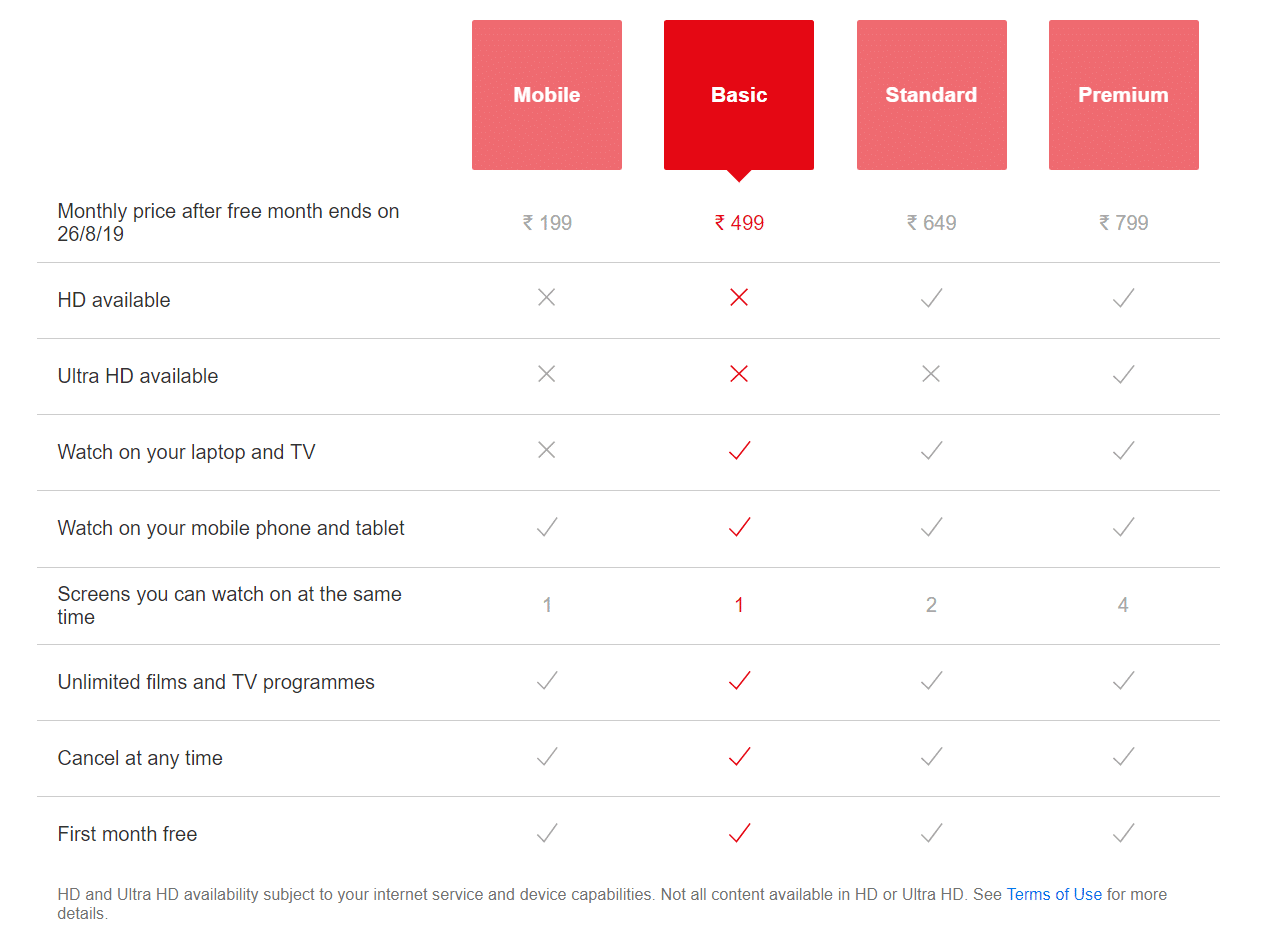 With the mobile only plan, the company is focusing on adding 100 millions of users from India only. As there are quite a lot of people out there, who are still not interested in paying Rs.500 a month for Netflix. As well as it is believed that it will affect other platforms to redefine their marketing strategies.