The Fitbit Charge 3 is one of the most comfortable and accurate fitness trackers available in the market on today’s date. The information provided by the band is for the most, accurate and reliable. However, there’s still a good chance that your Fitbit Charge 3 may act weirdly at certain times and you might notice issues like improper syncing, etc. If you’re experiencing issues like no tacking of your footsteps, the tracker doesn’t turn ON after a full charge, and other such problems, then you need to reset your Fitbit Charge 3 band.

Moreover, if you’re planning on gifting your Fitbit Charge 3 to a friend or colleague, then you might want to perform a full reset before handing it over. Well, the process of resetting or restarting a Fitbit Charge 3 isn’t quite simple, however, it could still be difficult if you don’t know the steps to do it.

Therefore, we’ve decided to come up with this article where you will find the exact steps to perform in order to reset or restart your Fitbit charge 3 bands. Let’s go ahead and jump into the guide right way without wasting any further time. 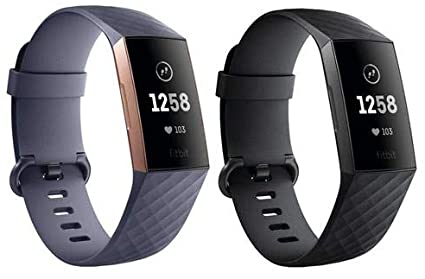 Why Restart or Reset Your Fitbit Charge 3?

Well, there’s absolutely no need for you to restart or reset your Fitbit Charge 3 if it’s working perfectly fine. But, chances are, eventually, you will end up running into issues that can be instantly resolved with a simple hard reset. If you’re facing any of the below mentioned issues with your Fitbit Charge 3, then you need to reset it properly.

The best part about the Fitbit Charge 3 is that you can fix all such minor issues and bugs simply by performing a hard reset operation on the device. In case if you have gotten the device quite recently, chances are, you wouldn’t be aware of the steps to perform a hard reset on the device.

In this tutorial, you will learn how to safely reset and restart your Fitbit Charge 3 in just a few minutes. Well, it’s time to jump into the guide straight away without wasting any further time.

How To Restart Fitbit Charge 3

Well, there are two different ways to fix issues with your Fitbit Charge 3 fitness tracker. In the first method, you can restart the device straight from your wrist itself. However, in certain cases, you might need to perform a hard reset on your Fitbit Charge 3 in order to fix all the minor issues and bugs.

You can go ahead and try any method as per your convenience, don’t worry, restarting the device will not erase the data or change the settings. Here are the steps that you need to perform in order to restart your Fitbit Charge 3 directly from the wrist.

The normal watch will appear on your screen indicating that the device has been started.

How To Reset Fitbit Charge 3

In most cases, a simple restart or reboot will most likely solve all the underlying issues such as bad syncing, no tracking of footsteps, etc. Still, if the above mentioned steps didn’t work, then go ahead and follow the second method using the following steps.

Your Fitbit Charge 3 device should now work properly after the restart. If the issue doesn’t go away even after performing a hard reset and restart, then you might have to visit a service center in order to get your Fitbit Charge 3 fixed.

Fitbit Charge 3 is known for its reliable performance, however, that doesn’t mean it is free from issues or bugs. Sometimes, the device may behave strangely and you might have to restart or reset it in order to fix the issues. The steps mentioned in the above guide should help you with the process of resetting or restarting your Fitbit charge 3.

If the information provided in the article was useful, then make sure to share the article with other users who might need it. Let us know if you’re facing any other issues with your Fitbit Charge 3 in the comment section below.